15 January 2020, Davao City, Philippines — It was the week before the Yuletide holidays set into full swing — the perfect time to throw a smashing office party to cap a year of hard work.

But instead of a year-end gathering, the Appetiser App Development Davao team went for something else.

The team arranged a relief operation for communities distraught by the recent series of Mindanao earthquakes. 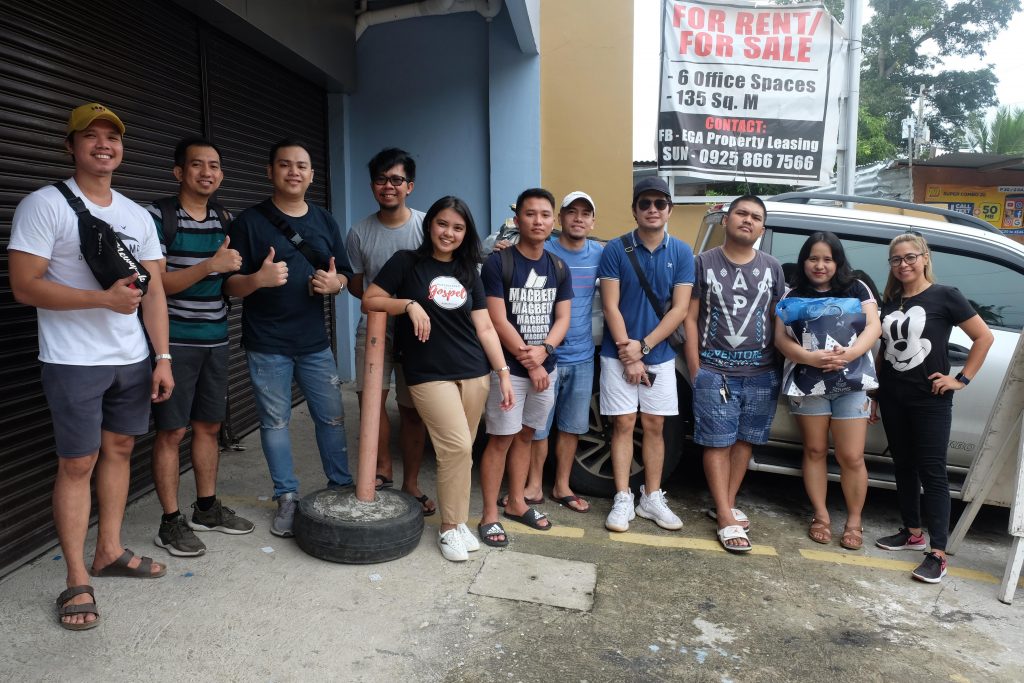 On 15 December 2019, a 6.9 magnitude earthquake hit Davao del Sur and surrounding areas. And it did so at the most inopportune time: The province still reeled from the more than PHP 1 billion (AUD 28.8 million) in damage from October’s high-intensity earthquakes.

The December earthquake was the fourth major one to hit Mindanao since October. It affected 81,629 families in the Davao and SOCCSKSARGEN Regions, said an update by the National Disaster Risk Reduction and Management Council (NDRRMC).

The combined aftermath of the four strong Mindanao earthquakes is far-reaching, a report by the International Federation of Red Cross and Red Crescent Societies said. As of December, the earthquakes had destroyed 49,690 houses, 1,545 schools, and 274 health facilities. 30 roads and bridges also suffered significant damages. Hundreds of communities lost their water and power supply for an extended period following physical damage to distribution systems.

According to the Philippine Institute of Volcanology and Seismology (Phivolcs), the Davao Region is among the most seismically active places in the country. That’s because the region has several fault lines — including the Tangbulan Fault, the Central Digos Fault, and the Cotabato Fault System.

All Hands (and Hearts) on Deck!

The December earthquake had a tremendous impact on the Appetiser Davao team. Every team member experienced the event firsthand. Some even hail from areas hit the hardest by the earthquake.

However, the team’s concern for the general welfare of people around them trumped all else.

So, amid the challenging conditions (limited resources and the aftershocks that rocked the area days after the strong quake), the team came together for a great cause.

The team’s relief operation commenced on 18 December 2019. A channel — created particularly for the initiative — on Slack made for a streamlined communication. The team also coordinated the relief operation at district level, reaching out to the appropriate government authorities. Meanwhile, every team member spent around four to six hours on repacking activities.

After just three days, the Appetiser team was ready to deliver the urgently needed relief supplies. On 21 December 2019, the team headed to Magsaysay and Padada to personally hand out the relief packs.

Delivering the relief supplies to the two sites wasn’t a walk in the park.

The earthquakes left the roads going to the two towns in poor conditions. Distance was an added challenge.

Going to Padada from Appetiser’s Davao office in Talomo would typically take more than an hour. Indeed, at the day of the relief operation, the team left the office at noon and arrived in Padada at 2:00 p.m.

Meanwhile, travel from Magsaysay to Padada would take another 45–70 minutes travel.

But the effort was well worth it. Padada and Magsaysay were among the hardest hit communities in the Davao Region. Both towns still had no water supply, heavily damaged properties abound, and residents have yet to overcome their trauma of the strong earthquakes. Any help would obviously be greatly appreciated.

Sherwin Bantilan, a Magsaysay resident and also a member of the Appetiser Davao team, thanked the initiative. “It’s such a relief to know that we are not forgotten. On behalf of my neighbours, I would like to extend our gratitude to the team for their initiative, efforts, the time they spent from planning to execution, and, above all, their generosity. It was truly a heart-warming experience,” he said.

Some natural disasters, such as earthquakes, come upon us like a thief. They strike unexpectedly, and are unsettling.

Still, while bad things do happen in the world, it is also during these times that people will find ways to show that they care.

Taking Care of Our Employees Through the Appetiser Perks Program (APP)